Over 200 years ago, on the 21st November 1783, François Pilatre de Rozier and François Laurent, marquis d’ Arlandes, made the first untethered hot air balloon flight, flying 5.5 miles over Paris in approximately 25 minutes. Since that first flight, pilots and balloon enthusiasts have been successful in flying further, longer and higher. Here are some of Ballooning’s historic and more modern achievements: 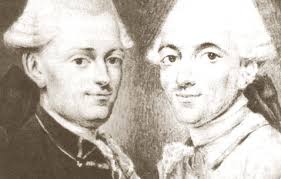 Jean-Pierre Blanchard was the first person to fly across the English Channel in a Hot Air Balloon. Eight years later from a prison yard in Philadelphia, Blanchard made the first manned flight of a balloon in America.

Balloon enthusiast Charles Green along with two crew members launched the ‘Royal Vauxhall’ from Vauxhall Gardens, crossed the Channel and descended 18 hours later at Weilburg in Nassau, Germany. This record for the longest balloon flight stood until 1907.

In Bruning, Nebraska inventor Ed Yost made the first-ever free flight of a modern hot air balloon using a propane-powered burner. After further modifications and improvements to the design and materials, in 1963, Yost piloted the first modern-day balloon across the English Channel with Don Piccard.

Richard Branson and adventurer Per Lindstrand channelled the Montgolfier’s ambition and spirit in a bid to cross the Atlantic Ocean. They successfully flew from Sugarloaf, Maine to Limavady, Northern Ireland some 3.075 miles in 31hours and 41 minutes.

Ivan Andre Trifonov from Austria piloted Mil 2000 balloon over the South Pole with two Spanish crew members at an altitude of 15,000 ft (4,571m).

After six attempts Steve Fossett became the first person to fly around the world, alone and without stopping, in a hot air balloon. He launched the Balloon Spirit of Freedom from Western Australia on the 19th June 2002 and 14 days, 19hours and 50 minutes later he landed back in Australia.

So, come and join us as we ascend to 3,000 feet in one of our hot air balloons and gently drift across the stunning scenery and landscapes of the South West! Whether it is your first ride in a Hot Air Balloon or you’re a frequent flyer, our team will make your flight an unforgettable memory. We look forward to flying you soon.